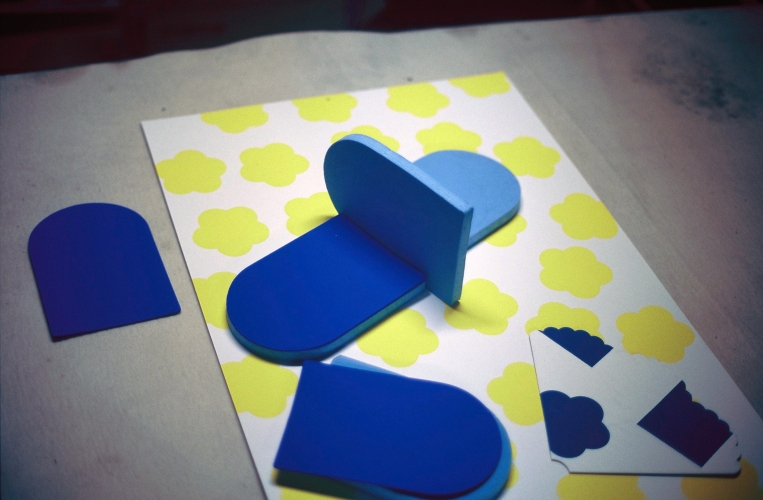 Koo Bohnchang, one of the most celebrated Korean contemporary photographers, presents Ah! My Fatherland (1992-1993), a series which the artist began as part of a group exhibition of the same title in which Koo participated not only as an artist but also as the organizer. The series depicts the zeitgeist of the time by reflecting the turmoil arising from a rapidly shifting national identity, intertwining traditional images with modern photographic technologies and thereby demonstrating the artist's diverse experimentation with the medium. Koo’s early work can be viewed in the section of the exhibition, titled ‘Identity of Nation, International Events, Dreams of Globalization.’
Also featured in the show are Hong Seung-Hye’s Paper Landscape (1994), in which the contemporary artist employs geometric shapes to create a landscape collage that is both flat and three-dimensional, and 2D to 3D (2022), Hong’s new work that brings Paper Landscape into our present space and time by expanding the earlier piece into a constructive, three-dimensional space. Hong's works, which compellingly engage with the variations of architectural spaces, can be seen in the third section of the exhibition titled ‘Mixed media and Installation, Hybridity, and the Third Space.’

Commemorating the 90th anniversary of the birth of Paik Nam June, the exhibition honors Paik's artistic achievements and his profound impact on the identity of Koran visual culture, while suggesting a new approach with which to survey Korean art in the 1990s. On view through February 26, 2023, Paik Nam June Effect reexamines the works of Paik along with those of subsequent generations of artists active at the time, reflecting on their attempts to discover new expressions for "Korean identity" at a time of rapid change owing to globalization and the advent of the information society, while at the same time contemplating on the expansion of the scope of artistic mediums incorporating science and technology.
Read more